Everything You Need To Know Before Your Cyprus Holiday

Cyprus is hidden away in the farthest reaches of the Mediterranean, appearing to be isolated from its other European relatives. Cyprus is a little, quiet island, yet any traveler who is clever enough to go there will be rewarded with stunning scenery, a vibrant culture, and historical ruins that can compete with those of the Greeks or Romans.

Are you a traveler organizing your upcoming holiday? Cyprus is a great choice if you want an unforgettable experience. You'll want to return to the nation because it has so much to offer. Additionally, Cyprus is underappreciated in the travel industry, so you'll have a fascinating tale to share with your friends once you get back. 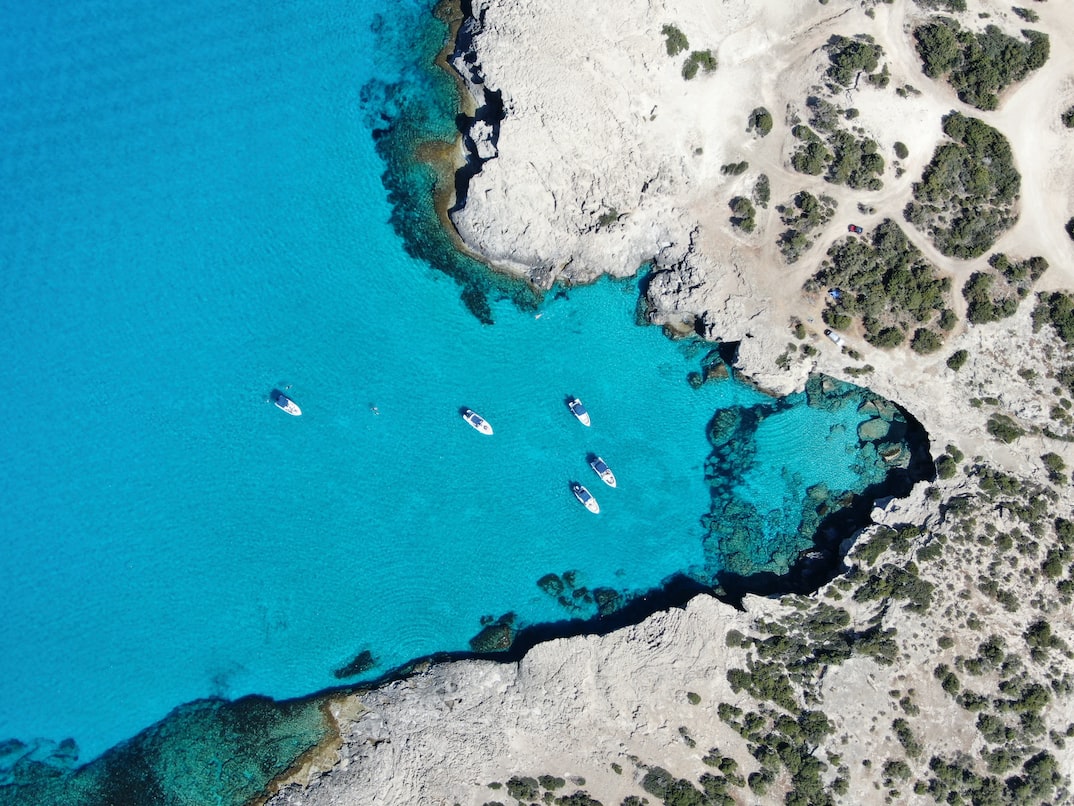 Even the most experienced travelers could skip Cyprus. This is most likely a result of its isolation in relation to other locations, such the Greek Islands. In the summer, it is known as a center for clubbing and partying, drawing travelers in search of fun from all over. But there are many more reasons to visit Cyprus than just its bars.

First of all, the island has a welcoming and friendly culture that is perfect for holidaymakers. It has a robust tourism infrastructure without compromising authenticity. The Cypriots are proud of their country and like interacting with curious tourists. You may discover anything with a Cypriot twist, whether you're seeking for challenging climbs or simply to unwind with a drink on the beach. 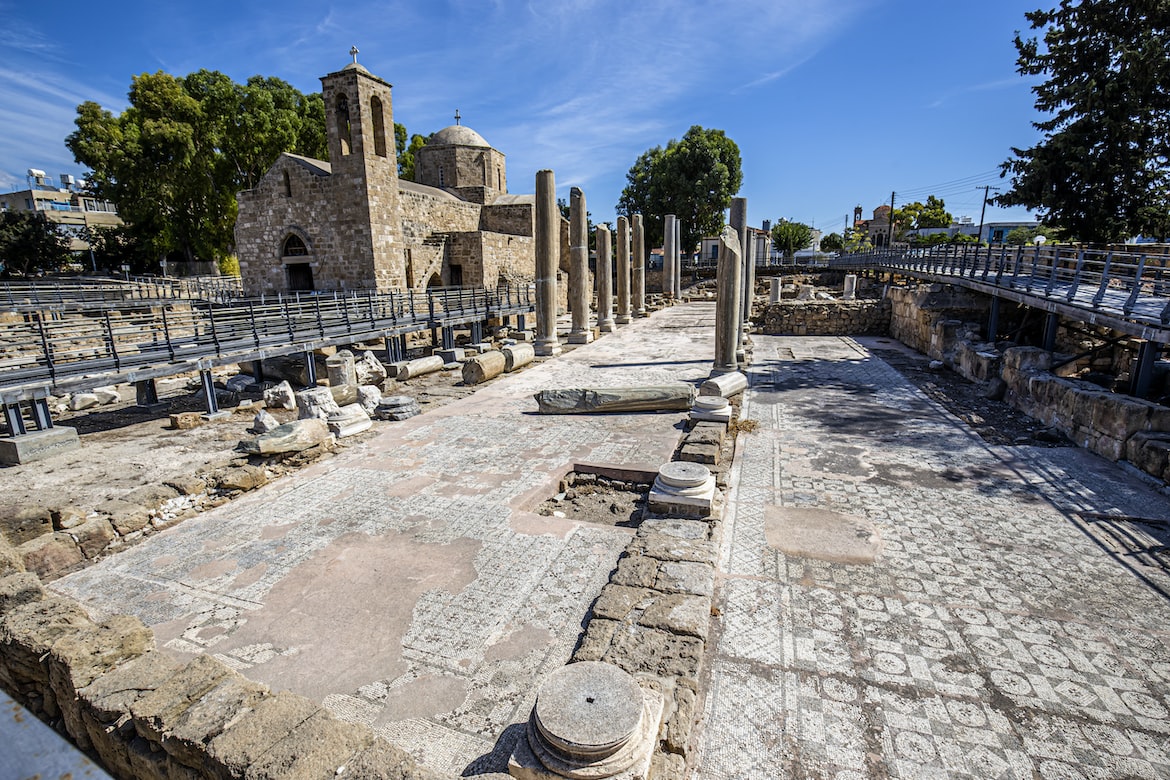 Interacting with Cyprus's history is the best way to learn about it. Numerous archaeological sites can be found in Cyprus, dating from the Paleolithic era through the Ottoman Empire and all in between. Due in large part to their accessibility, these historic sites are among the most amazing in Europe. On the southern coast, at Paphos, are the most well-known archeological sites. Tourists can actually explore to their heart's desire after paying a nominal entrance fee. There are hardly any obstacles at the Paphos Tombs of the Kings. Tombs as as far back as the 4th century BC can be climbed and crawled around without any issues. Where else can you play inside a UNESCO World Heritage Site? 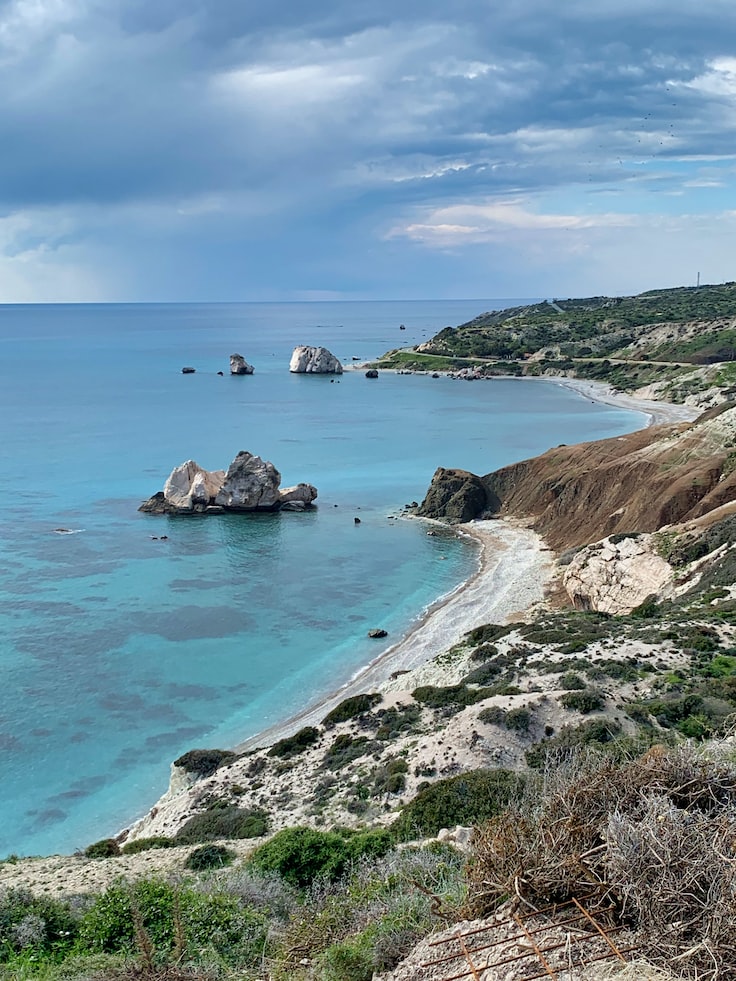 Imagine the beaches of the Greek or Italian islands that you have seen on tour operator pamphlet. Imagine them right now without the tourists. That's essentially what Cyprus has to offer. Cyprus makes the most of its location in the Mediterranean, where there are gorgeous beaches on every coast. The stunning Nissi Beach in Ayia Napa is one of the most well-known beaches, and with good reason. To your heart's content, explore! There are numerous resorts in cities like Paphos and Ayia Napa to accommodate whatever leisurely holiday you desire. Or, if you prefer a more subdued view of nature, visit the southern coast to see Aphrodite's Rock.

What currency is used in Cyprus? 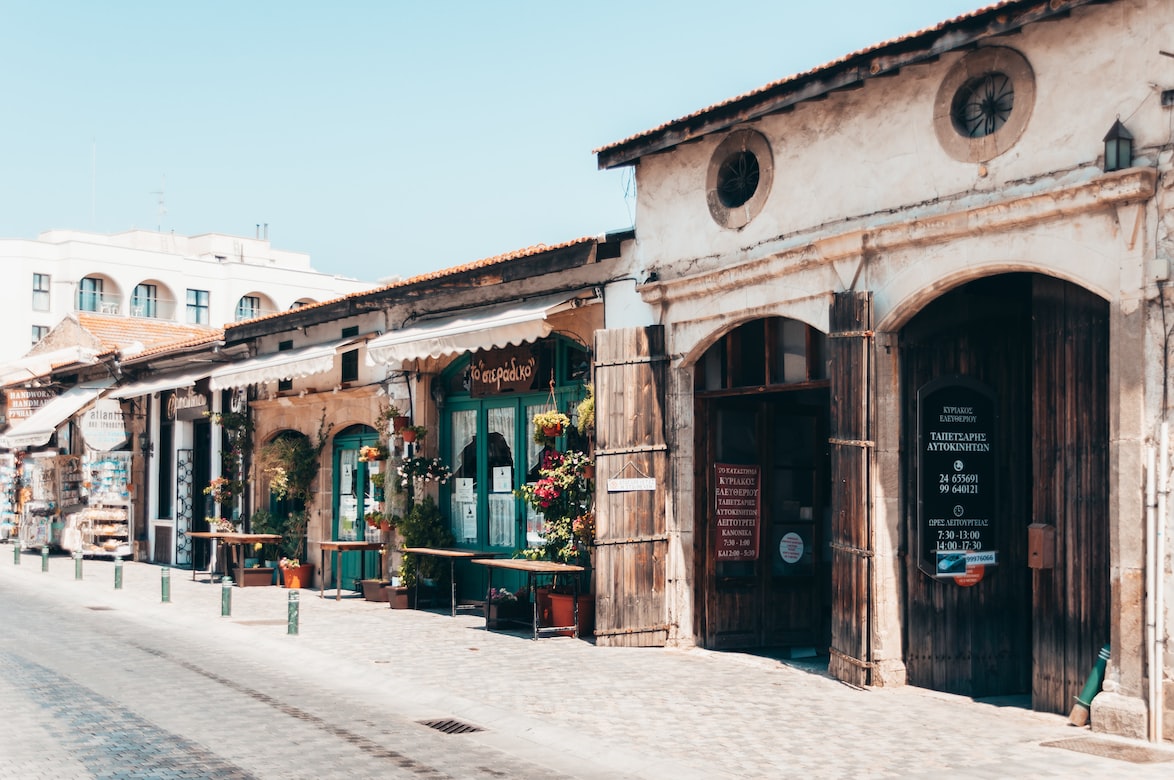 The Republic of Cyprus utilizes the Euro, much like many other EU countries. The Turkish Lira is the official currency of the Turkish Republic of Northern Cyprus, but many stores in tourist areas also take Euros (similar to Switzerland). Use the Bank of Cyprus ATMs if you require cash. Others will charge substantially higher conversion rates, like Euronet.

A word about Cyprus's economy:

Beginning in 2012, Cyprus had an economic crisis, along with Greece and many other nations in Europe. Despite the fact that the economy is currently expanding once more, several stores and enterprises remain closed.

Depending on the crossing sites, the extent of the buffer zone varies; but on average it should be around 10 minutes. A new pedestrian border crossing, however, has just become available in Nicosia's city center. The proximity of the customs stations is only a few meters, making it handy for both locals and visitors.

What language do they speak in Cyprus?

Greek and Turkish are the two official languages of Cyprus. Turkish is spoken in the north, and Greek (a variety known as Cypriot Greek) is spoken in the south. Although not officially, almost everyone speaks English fairly well because of its previous British rule. Most traffic signs will be in both English and the native tongue. In addition, almost everyone you will come across will speak great English.

On what side of the lane do they drive in Cyprus?

In Cyprus, vehicles drive on the left side of the lane.

What timezone is Cyprus in?

What kind of weather does Cyprus have?

The weather in Cyprus is comparable to that in other Mediterranean countries like Italy and the Greek Islands. The island has long, warm summers and brief, moderate winters. The sun is usually constantly out, so the days are long and bright even in the winter. Plan for heat since the bulk of visitors to Cyprus come during the summer. However, the sun is sometimes tempered by a light breeze in some coastal and mountainous places. Be prepared for heat if you arrive in the spring or autumn. However, after dark, the temperature always drops. However, even the winter in other countries is like the fall, so leave your winter coats at home. 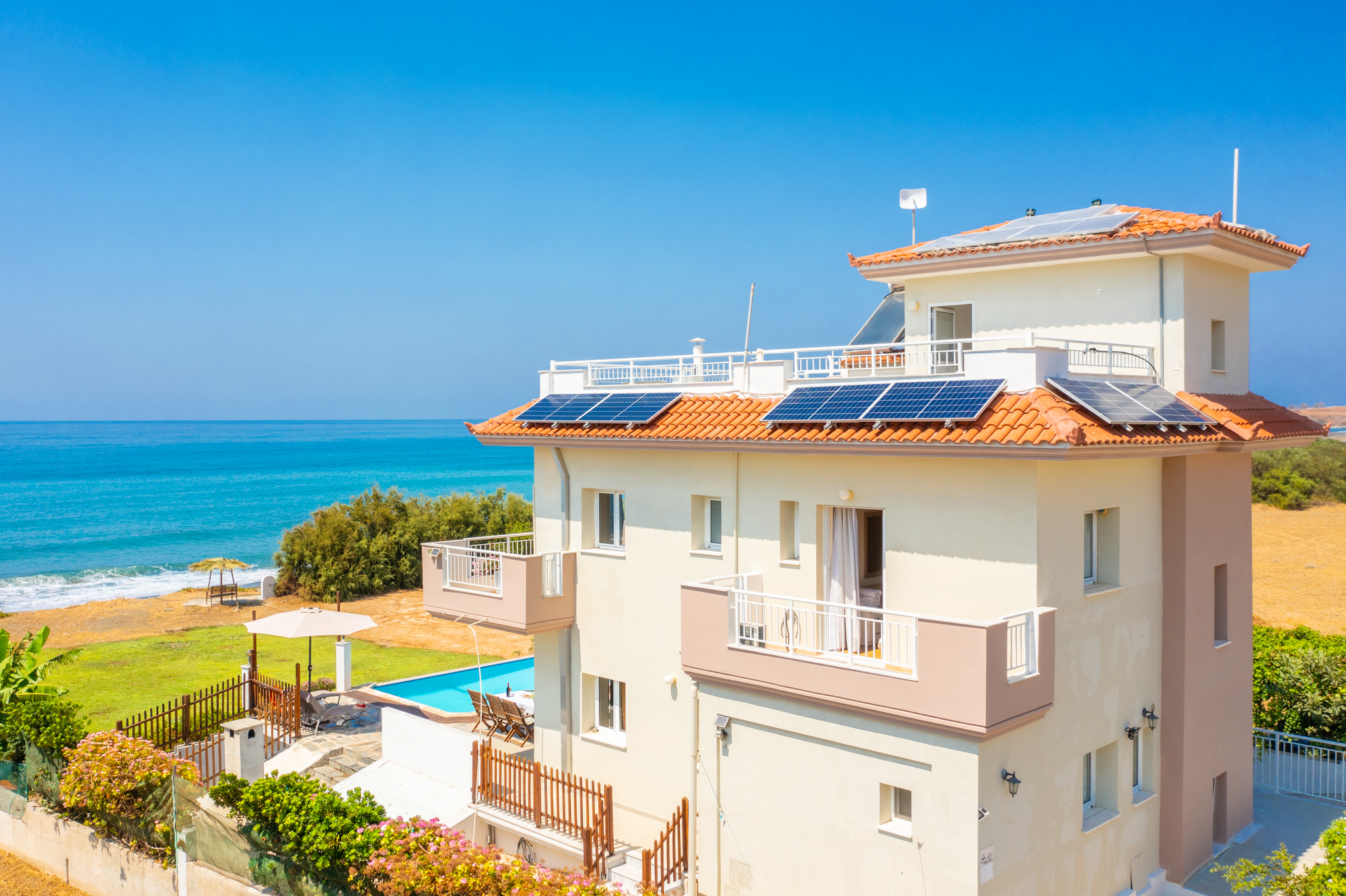 We hope that you enjoy your holiday in Cyprus, if you are interested in amazing rental villas in Cyprus, check out our catalog. If you have any questions about Cyprus please let us know and we will gladly help! 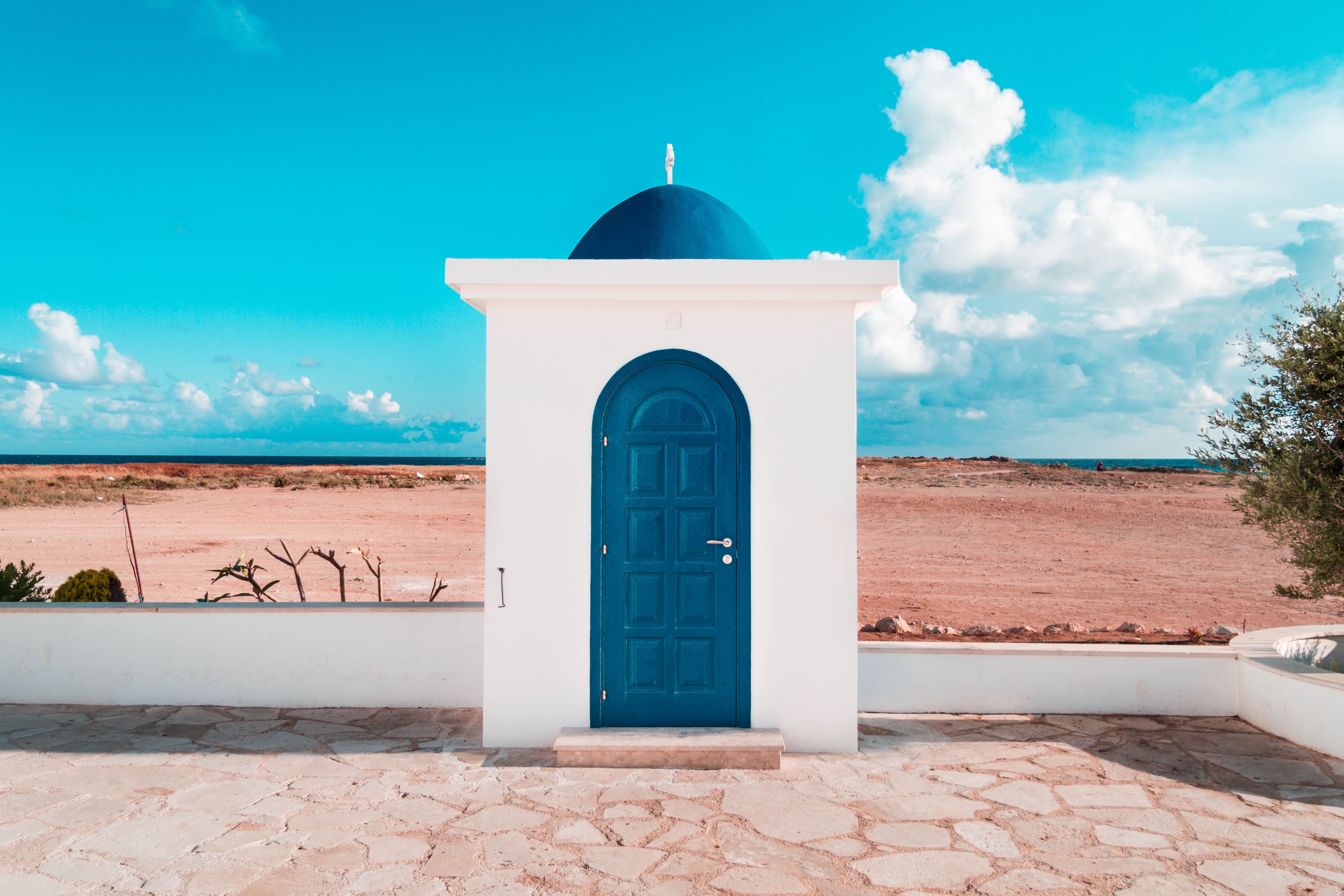