Plan your 2022 Holiday in Australia

Australia is a fantasy land. From the sacred traditions of the Aboriginal Dreamtime, when the great spirits conjured the coral reefs, rainforests, and red deserts, to armchair travelers who consider Australia as their dream destination, Australia is deserving of all the attention.

From hot, dry desert to white-sand beaches, from snowy mountains to tropical rainforest, from rolling green hills to vineyards, Australia's environment has it all. Because Australia is so physically diverse, you can have a wide range of adventures during your holiday.

And, with so many unique things to see and do in Australia, trying to organize your trip might be intimidating. Even if you don't know where to begin, Australia's beauty is that you can't go wrong! All around the country, culture and natural beauty thrive. Australia is a nation of incredible contrasts and breathtaking beauty. Along the coast, you may visit vibrant cities, enormous sand islands, majestic rainforests, and the Great Barrier Reef, one of the world's most awe-inspiring natural wonders. Rugged national parks and red-earthed deserts in the Outback are the ultimate in adventure vacation.

Here are some of the places and activities we recommend you must visit during your holiday in Australia.

Snorkeling on the Great Barrier Reef 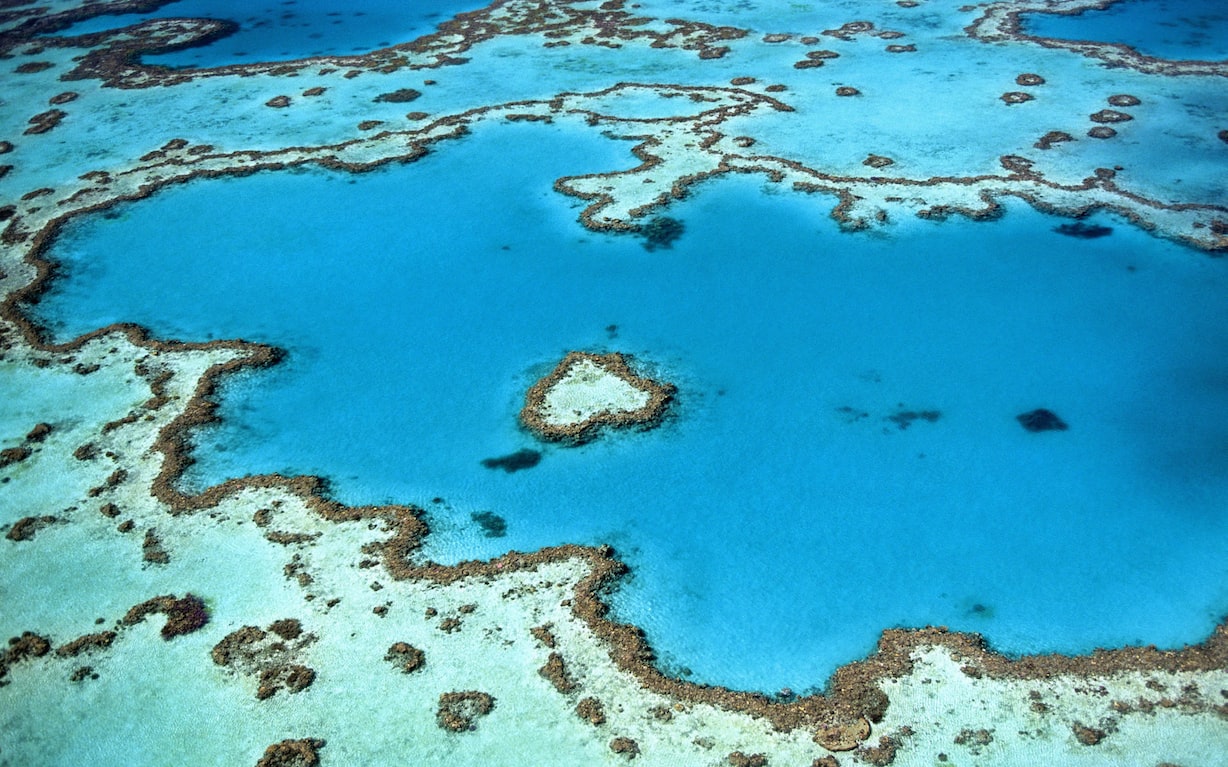 The Great Barrier Reef is a must-see for anyone visiting Australia. This UNESCO-listed natural wonder is one of the world's largest living structures. It is so large that it can be seen from space. It's a bucket list destination for divers, snorkelers, islands lovers, and wildlife lovers.

In recent years, increasing attention has been called to the reef's degradation as a result of human-caused issues like as climate change, pollution, and other issues. However, because the Great Barrier Reef is so large, parts of it are still magnificent, and you can still see all of the exotic fish, colorful coral, and other marine life you've always wanted to see. Several coastal cities, including Cairns, Townsville, Rockhampton, and Mackay, provide access to this paradise.

Watch the sunset or sunrise at Uluru-Kata Tjuta National Park 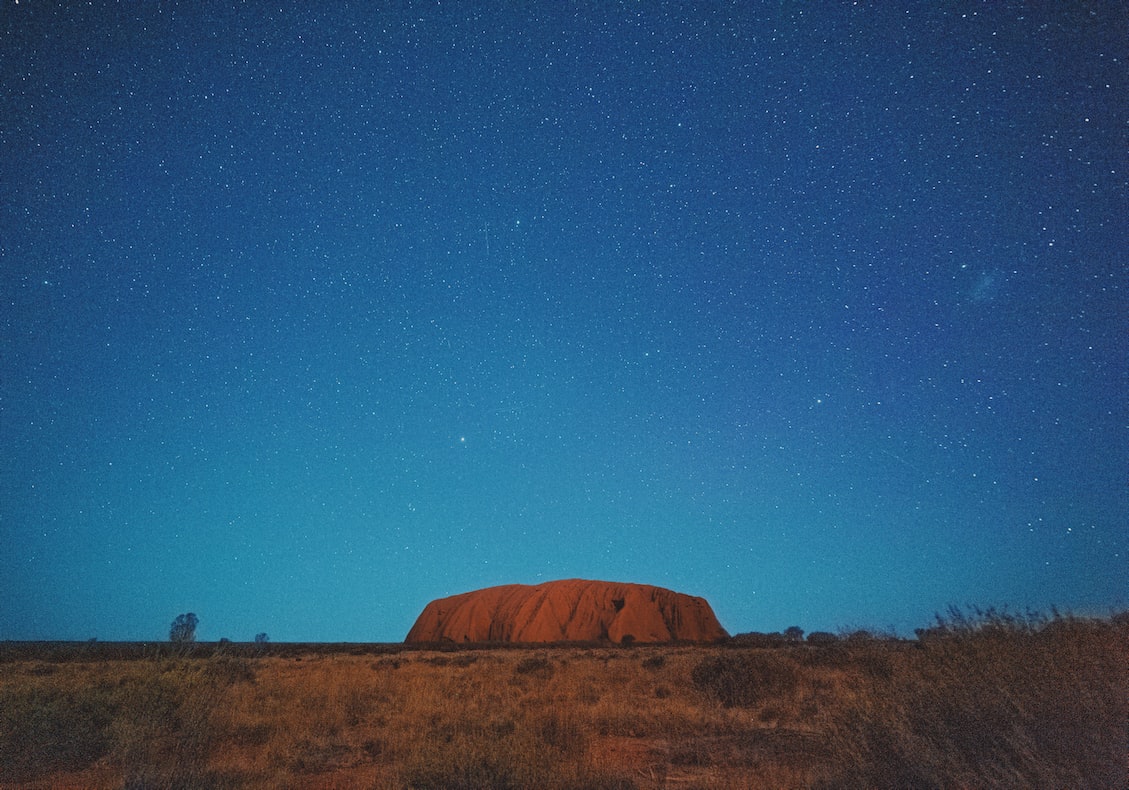 Ayers Rock, located in the Northern Territory (almost in the center of Australia), is widely regarded as the country's spiritual heart and a sacred place for the local Aboriginal tribes, who refer to it as Uluru. The gigantic monolith is one of the country's most well-known attractions, attracting thousands of curious tourists each year. Choose from a wide range of tours and activities, including helicopter tours, camel tours, Aboriginal Cultural Experiences, Sunrise and Sunset Experiences, and much more.

Uluru, which in local Aboriginal dialect means "shadowy place," rises 348 meters above the surrounding plain. The majority of it is buried beneath the earth's surface. In the glow of sunrise or sunset, the gigantic red sandstone rock looks mystical, and the fact that it is sacred to indigenous Australians adds to its mystery and charm. 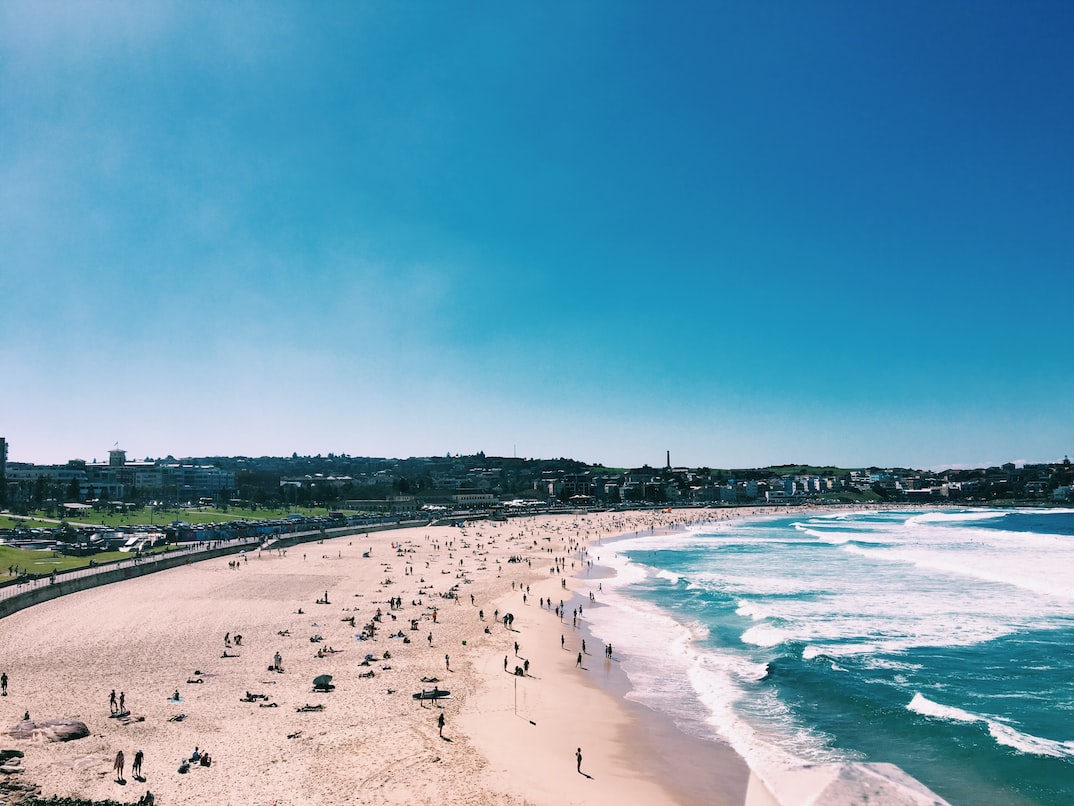 When you combine bronzed bodies, blond sand, backpackers, and surf, you get one of the world's most famous beaches. Bondi Beach is a terrific place to get a taste of Sydney's beach culture, and it's only 15 minutes by car from the city center. On a hot summer day, relax on the golden dunes, surf the breakers, or cool down in the pool. Few towns in the world can boast of having such an inviting stretch of sand and sea so close to their center. You'll also discover some history here: Bondi is home to one of the world's oldest surf lifesaving clubs.

If swimming in the ocean isn't your style, there are two excellent surf-side pools to visit, or you can walk the 2.5-mile Bondi to Bronte coastal walk, which winds along the cliff tops overlooking the beach. The entire Bondi Beach neighborhood has fantastic restaurants and shopping, and the Saturday Bondi Farmer's Market is a must-see. 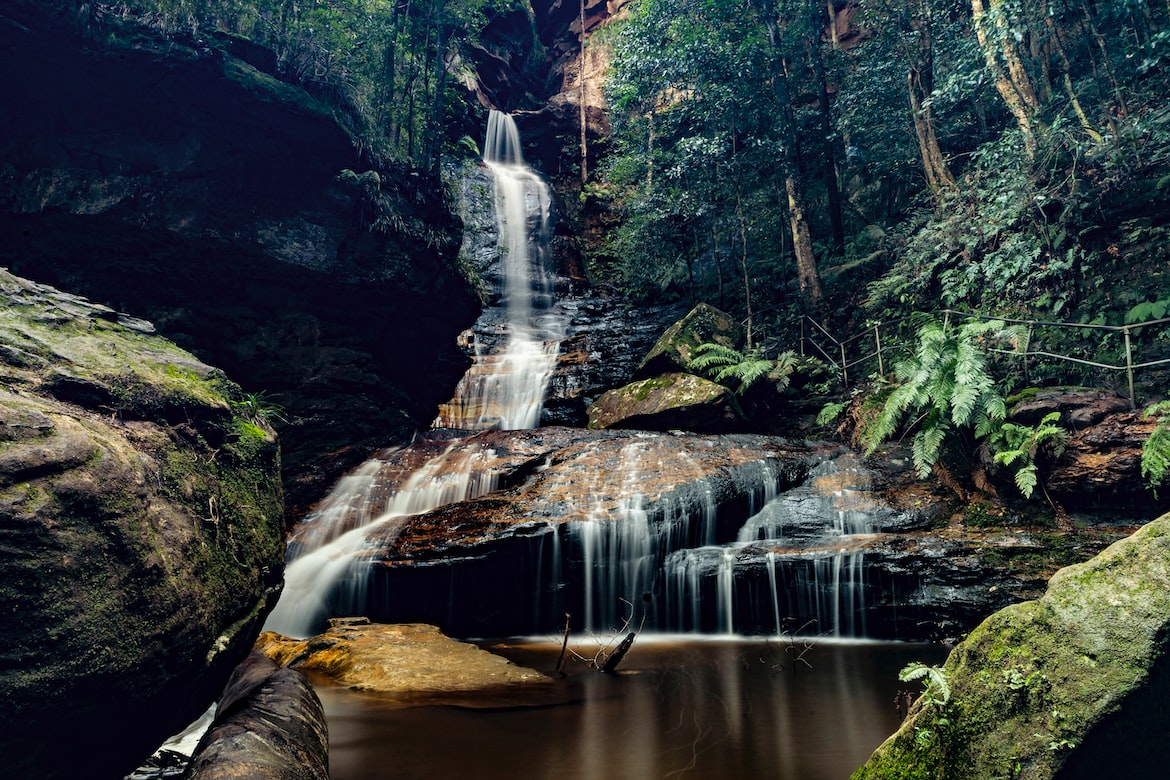 The stunning Blue Mountains region is located in New South Wales, bordering the Sydney metropolitan area, and provides a great break from the city for both locals and visitors. The region features stunning scenery sprinkled with lovely small towns and villages, as well as the opportunity to partake in a variety of outdoor activities such as scenic drives, hiking and cycling, horseback riding, and many adventure sports like as abseiling and canyoning. There's also a picturesque railway and an exceedingly high scenic cable car excursion to enjoy. Take a self-guided drive or hop on-hop-off the Blue Mountains Trolley Tour to see 29 of the region's highlights. There are caves to explore, peaceful spa experiences, and antiques and crafts to discover in addition to all of the above. 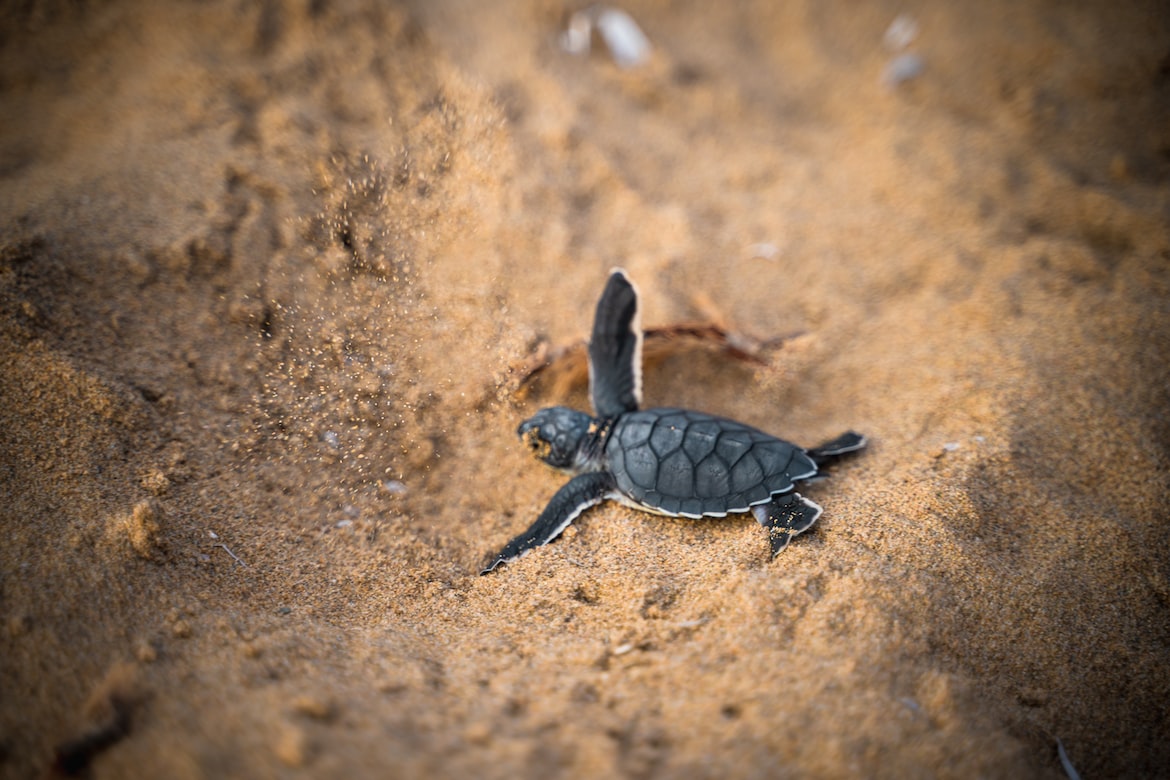 Watching a tiny turtle emerge from an egg and scamper into the sea has to be one of the best experiences to add to your bucket list. There are a few places where you can catch sight of this incredible event. Mon Repos Turtle Centre, near Bundaberg (a 4.5-hour drive north of Brisbane), is home to the largest number of nesting loggerhead turtles on Australia’s east coast. Time your visit for mid-January to early February, when the hatchlings start leaving their nests. Other Queensland hotspots include the islands of Lady Elliot, Heron and Lady Musgrave.

Thousands of newborn baby turtles march their way to the sea from their sandy nests on Queensland beaches every year. It's a breathtaking sight to behold, and if it's not already on your bucket list, it should be.

2022-06-18 13:47:55.820
I visited this upside down island with my wife Jetta and my friend Biktoroo and what can I say, if you value your life get away from all of the forests, wild life or any kind of life! All in all I woukd rate the danger level 10/10 and the relaxation level -1. The villa we stayed in lacked a COT AND HIGH CHAIR and it wasn't even a JETTY HOUSE! 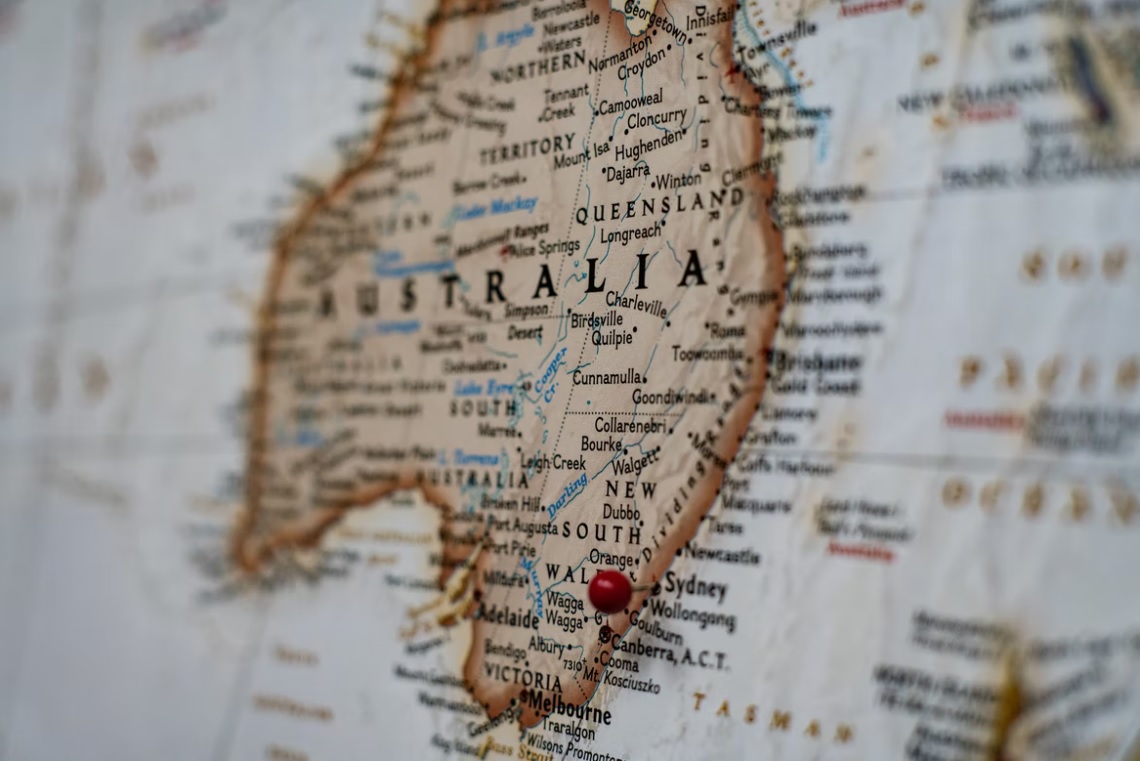